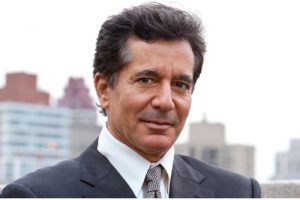 Gilad Janklowicz is one of the world’s most popular fitness personalities. As a pioneer in the fitness industry he has helped millions to stay fit with his popular TV fitness shows ‘Bodies in Motion’, ‘Basic Training the Workout’ and ‘Total Body Sculpt with Gilad’ and with his gold and platinum instructional home fitness DVDs and videos.

Filmed on location in the beautiful Hawaiian Islands, ‘Bodies in Motion’ is a half-hour aerobic and toning workout show which launched in 1983. It was the first fitness show to air on ESPN, where it enjoyed an eleven-year run from 1985 to 1996. From 1996 to 2002 the show aired on Fox Sports and on The Health Network. As of 2002 the show has been airing on Discovery’s new fitness channel Fit TV. Currently the show is the longest running fitness show in the US. ‘Bodies in Motion’ won Cable Magazine’s ‘People’s Choice Award’ for best health and fitness show every year the category was offered. The show aired in over 80 countries and was chosen as the #1 TV fitness program in the world by Self Magazine. In a viewers poll conducted by FitTV Gilad won the title of ‘Fitness Instructor of the Year’ for the years 2004, 2005, 2006 and 2007.

In January 2005 Gilad released ‘Total Body Sculpt with Gilad’  this series was created for FitTV to complement the existing ‘Bodies in Motion’ show and give the viewers a dynamic new concept in fitness that focuses on sculpting exercises and strength training. Forty shows have been taped to date.

Gilad also created an exercise program for ESPN entitled, ‘Basic Training the Workout’, a boot camp style training program hosted by his sister, Ada. The program debuted in 1988 and aired for 5 years.

Most of Gilad’s life has been devoted to fitness since his high school days where he excelled in track and field. He eventually became a record holding decathlon athlete in Israel and a fitness officer in the military. Later, as an Olympic hopeful in 1980, he trained and competed alongside some of the best athletes in the world. Gilad was inducted into the Jewish Sports Hall of Fame in 1991.

After an achilles injury shattered his Olympic dreams, Gilad enrolled at the UCLA film school and began instructing fitness classes in some of Los Angeles’s top studios and fitness facilities where he built a strong following and trained some of the worlds best known celebrities. Fitness personalities such as Arnold Schwarzeneger, Jack La Lanne and quarterback Joe Thiesman all trained with Gilad and appeared on his television program ‘Bodies in Motion’.

Gilad has done National promotional campaigns for LA Gear athletic foot wear, for Ocean Spray juice drinks and was the spokesperson for the Crystal Light National Aerobic Championship for two years. ‘Bodies in Motion’ and Gilad have been featured in various feature films including Rob Reiner’s ‘North’ starring Bruce Willis and Elijah Wood, ‘Ruthless People’ with Bette Midler, ‘In Country’ also starring Bruce Willis and ‘Burn After Reading’ starring George Clooney, Brad Pitt and John Malcovich. In 1993 Gilad created an in flight video for TWA that was used on transatlantic flights.

In 1997, Gilad co-created a cross training exercise machine known as Timeworks. It became the third top grossing infomercial of 1998.

To date, Gilad has generated over 30 top-rated instructional videos, which received accolades and endorsements from Billboard Magazine to Consumer Reports.

Staying on the edge of the latest fitness trends, Gilad launched The Quick Fit System, a series of seven complete fitness workouts along with a healthy eating plan, and interactive member’s web site that blends the latest fitness techniques into one easy to follow system geared for fast results. The system has become a best seller.

In 2011 Gilad developed an all-new abdominal cross-training program. The program, titled ‘Lord of the Abs’ consists of 5 DVDs that concentrate on your abdominals and core while you burn fat and develop your upper and lower body. This exciting new DVD series was released the first quarter of 2012 and became an instant bestseller.

In 2013 Gilad released 3 new DVDs from Total Body Sculpt as seen on TV.
In each workout Gilad incorporates the best of strength training, circuit training, cardio bursts, plyometrics and core training into a one-of-a-kind routine that will work your whole body.

In December of 2013 Gilad Productions, Ltd released 10 new episodes of ‘Bodies in Motion’ in celebration of Gilad’s 30th Anniversary on national TV.

Gilad Inducted into the Fitness Hall of Fame

On Saturday, March 17, 2007, Gilad was inducted into the Fitness Hall of Fame in Chicago. 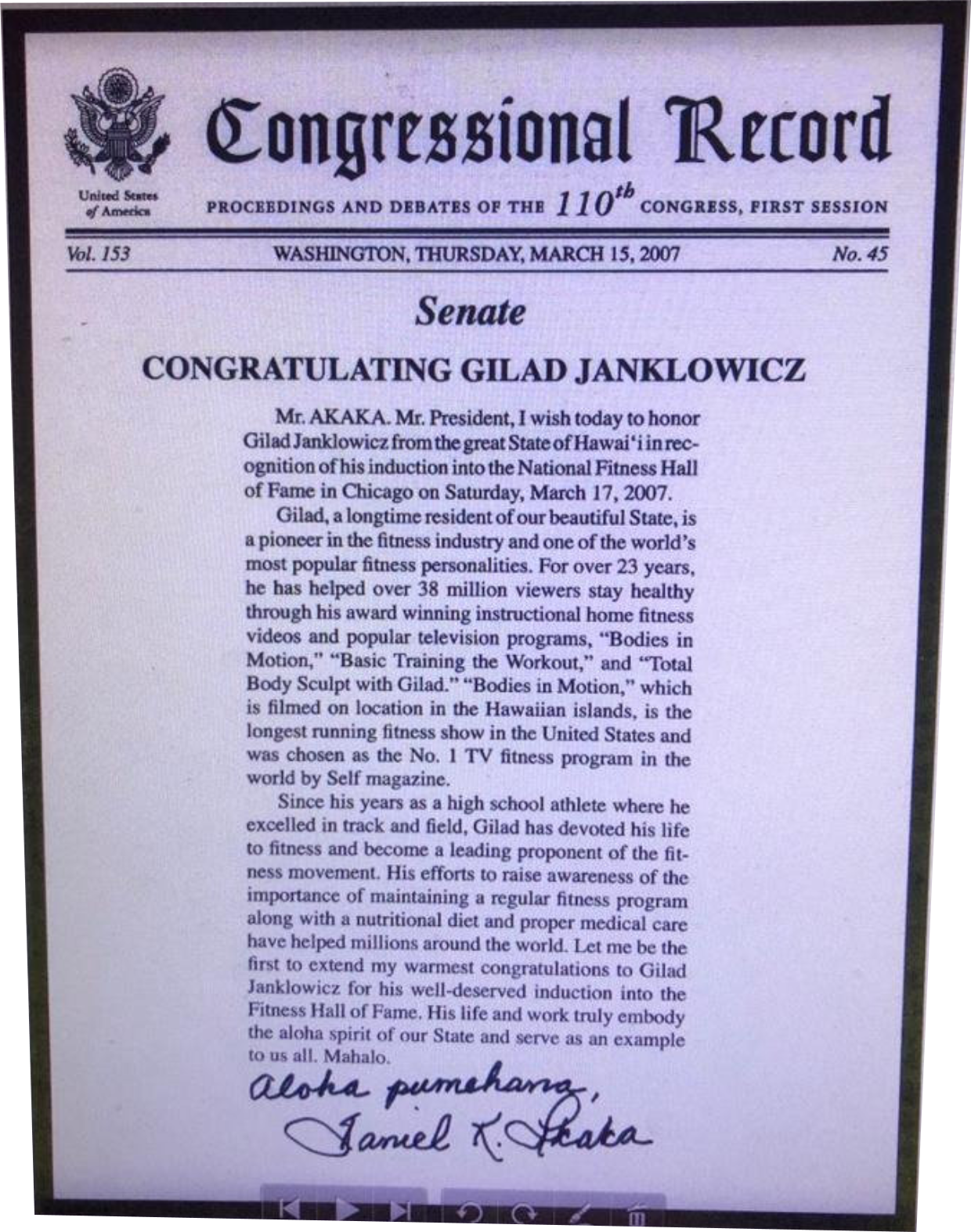 Gilad in the Media 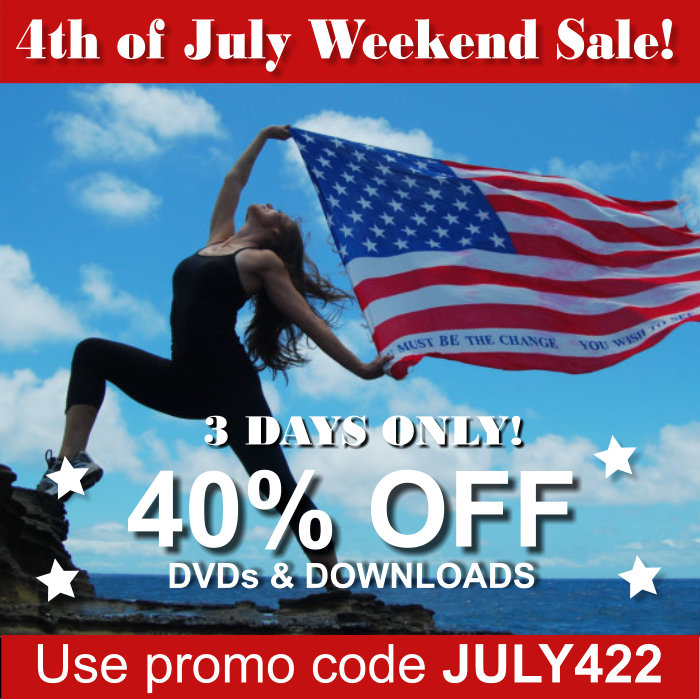 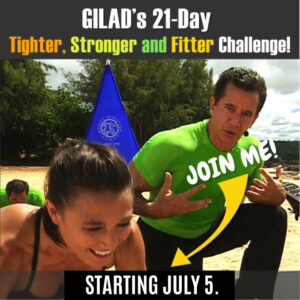 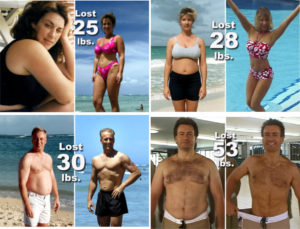 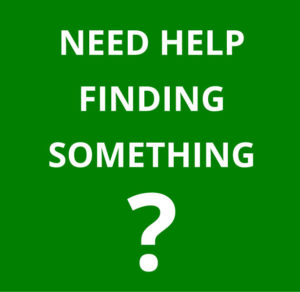 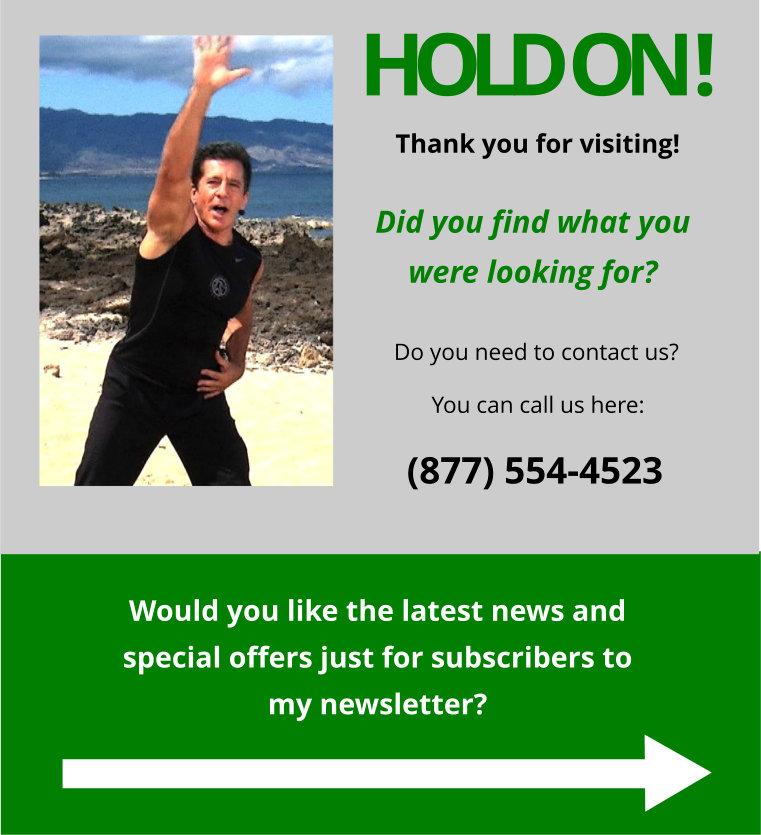 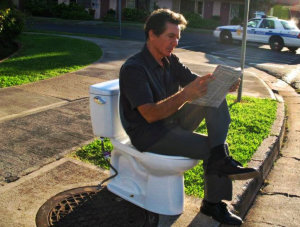 Get the latest news, interesting articles, and special offers from Gilad.

We will not share your email with anyone! You will not be bombarded with endless emails from us.